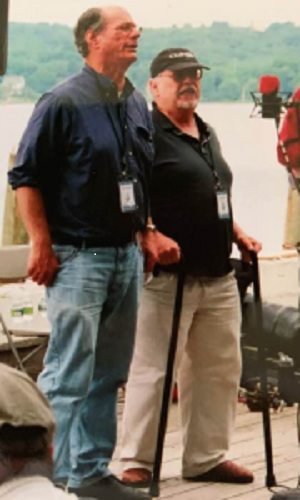 Peter Kasin and Richard Adrianowicz have been performing sea music together since 2002, and have four recordings of chanteys and other sea songs to their credit. They have performed at sea music venues in San Francisco, Mystic, Connecticut, and New York’s South Street Seaport Museum. In addition, Richard has performed solo at the Chicago Maritime Festival, and Peter solo at the Captain Cook Maritime Music Festival in Yorkshire, England, and at the Northwest Folklife Festival in Seattle, WA. Peter organizes the monthly chantey sings, concerts and festival music at Hyde Street Pier (virtual through the pandemic). Richard regularly attends the chantey sings.

Registration for the workshops is now open at https://us02web.zoom.us/meeting/register/tZMsf-6sqzsrGdcyZmZ_bFNoPfzWrqX53Yvv.  One free registration gives you access to all the workshops.