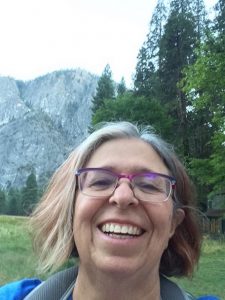 I’ve been singing all my life and have led numerous sing arounds both in person and on zoom.

A sing around workshop is one in which each participant is invited to lead one traditional love song.

Trad-Sounding, But Not Traditional     A cappella vocal 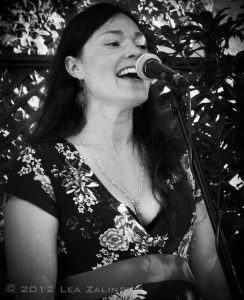 A sharing workshop in which we’ll sing songs that sound really old, traditional, unknown, but have known authors. Any genre, any tradition. If you know the author, sing it!

We’ll go around the room and share songs that have been added to the broader shared folk-song catalog, and are sung regularly as a part of living folk-sing communities, BUT, have known writers. New lyrics to old melodies are absolutely a part of this. Prepare to be surprised by who wrote these old favorites!

Songs that Sound Traditional But Aren’t, Does it sound really old, but was written by a known author? 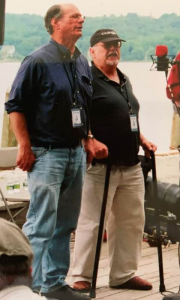 Peter Kasin and Richard Adrianowicz began singing sea chanteys together in 2002, have performed at sea music festivals on the West and East coasts, and have recorded together four CDs of sea music. In addition, Richard has performed solo at the Chicago Maritime Festival, and Peter solo at the Captain Cook Maritimer Music Festival in Yorkshire, England. Previous to their partnership, Richard performed and recorded with the legendary Bay Area trio Out of the Rain. Peter is a member of the San Francisco Scottish Fiddlers, and plays in local Irish music sessions.

Richard and I are proposing co-leading a virtual workshop on chanteys. This is open to and appropriate for all ages, and all are encouraged to lead chanteys, either unaccompanied or with their own instrumental accompaniment. No advance knowledge of sea chanteys necessary, as the choruses to these work songs are repetitive and easy to pick up. We will provide background information to the songs we lead, and all participants are welcome to do the same for songs they would lead.

All are welcome to lead songs and sing along on the choruses. 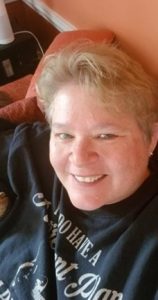 Claudia learned to play guitar at the tender age of 10 and has been playing ever since. Self-taught, she busked in Europe in her 20’s, played in various rock bands and musical ensembles and has never lost her passion for the guitar. In the past few years she has added swing tunes — including western swing, bossa nova, and some gypsy jazz to her repertoire. She teaches guitar and before COVID hosted a monthly acoustic swing jam.

In this class we will explore the diminished chord, how it creates complexity in a song, and common songs that include this chord. We’ll review different ways to play the chord and learn a couple songs that feature this chord.

This workshop is designed for players who already know how to play the basic chords of C, D, E, G, A, Em and Am in the open position. No chord theory is required or expected.  Learn how this one simple chord adds nuance and sophistication to well-known songs and how you can add it to your songwriting toolkit.

Robert is an “old folkie” and a stalwart and faithful friend of the SF folk music community. He specializes in many genres of acapella singing: ballads, sea chanties, pub songs, songs of ritual and celebration, historical songs of the American frontier and the American West, to name a few. He is also a professional story-teller and has taught at the high school and college level in New York City where he lives. We are thrilled that Robert will join us from his home in Manhattan.

In this workshop we will explore all manner of unexpected songs – bizarre, supernatural, unusual, devilish, witchcraft inspired, songs of ghosts and goblins.

Proper care and feeding of the acoustic guitar. 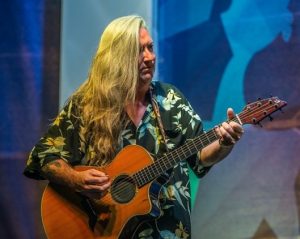 Serving the Bay Area musical community for over twenty-five years, Phil “Philbillie” Milner has been providing repair and maintenance on the full spectrum of musical gear as well as set-up and repairs on guitars and basses. He oversaw the electronics repair activities for Haight-Ashbury Music Center and San Francisco Guitarworks for many years and now bring the same level of expertise and customer service to the North Bay.

He’s put his time in on the road as touring guitar tech for  Bob Weir (Grateful Dead, RatDog), Bonnie Raitt, Tracy Chapman, Graham Nash and Eric McFadden as well as one-offs on festivals and recording dates with  Rickie Lee Jones, Primus, Wilco, The Donnas and more.    Phil’s workshop “Proper care and feeding of the acoustic guitar” will provide a detailed, hands-on overview of care, maintenance and tuning of the acoustic guitar.  Starting with inspection for problems and moving through correct string changing including how to make it faster and more fun, minor adjustments, cleaning and tuning tips for better intonation and tuning stability, as well as how to use those new-fangled electronic tuners. We will also touch on acoustic pickups and amplification, effects and various accessories for making your practice and performance a bit easier. 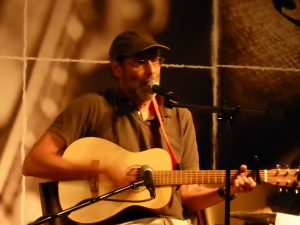 In this most political of times, we’ll be sharing songs that are meaningful to us. Come and share a new political song that speaks to the moment, or an old song that has new resonance. Or just listen. What’s a political song? You decide.
Rob Katz is an Oakland-based songwriter who has written many political songs. His song “Don’t Vote” was one of the winners of the 2018 Imagine then Vote song contest.  He has also written politically-themed musicals that have been performed locally.